Since you'll need to configure the web server, the quickest way to setup the device is to use a ZentriOS terminal - see Getting Started. Once you have a terminal connected, issue the following command to configure the credentials for the local network:

The device automatically starts the HTTP server on boot after connecting to the network.

The format of a REST API ZentriOS command GET request is: GET http://<Device IP Address>/command/<command>

For <Device IP Address> substitute the IP address reported by ZentriOS when the network came up.

For example, to issue the ver command: GET http://<Device IP Address>/command/ver

To issue a GET request from a browser, enter the URL http://<Device IP Address>/command/ver into the browser URL address box.

The format of a REST API ZentriOS command POST request is: POST http://<Device IP Address>/command/<command> followed immediately by a json formatted structure of the form:

For <Device IP Address> substitute the IP address reported by ZentriOS when the network came up. 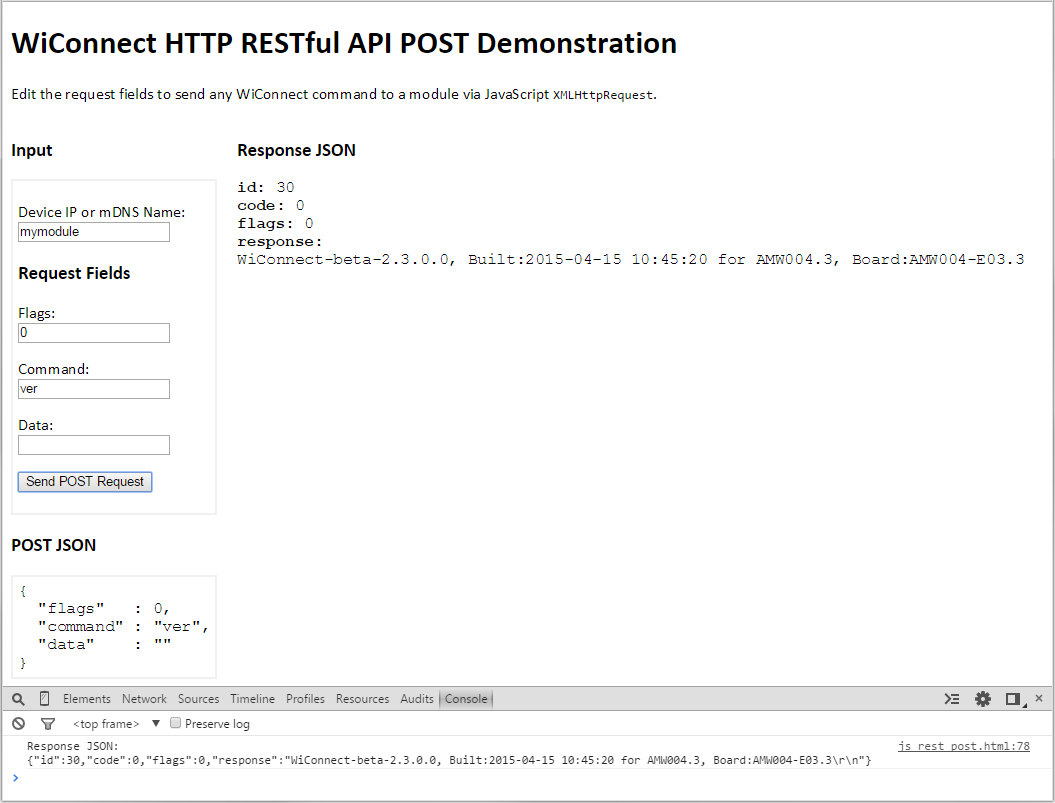