For the Bluetooth Low Energy version of ZentriOS, see ZentriOS-S.

The ZentriOS-WL Command API is available for applications connecting with a wired serial interface, or a wireless interface using HTTP REST or Remote Terminal. The API provides direct access to peripherals connected to ZentriOS hardware via GPIO. For a quick start guide to using a ZentriOS evaluation board, see Getting Started. 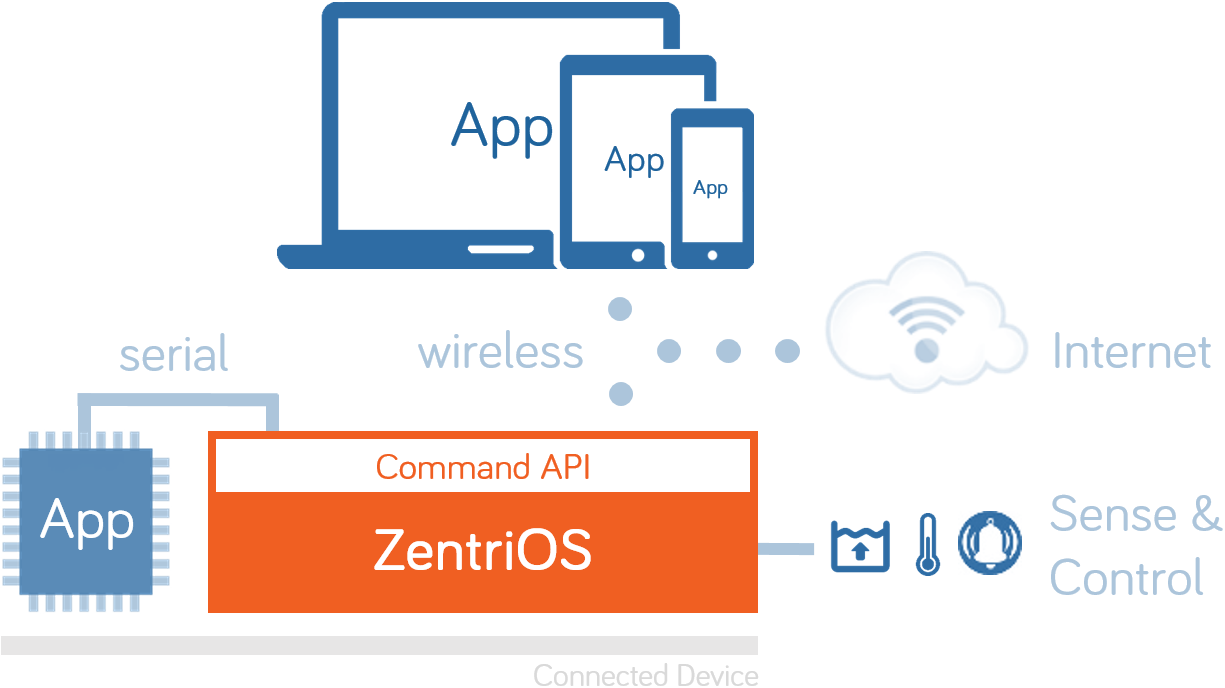 The ZentriOS-WL Command API offers a powerful set of commands for control of connected devices, together with a large number of variables for configuration.

A host MCU communicates with ZentriOS via a UART.

A mobile or desktop app communicates with ZentriOS via the HTTP Server RESTful API or by the local or remote terminal interface.

A summary of ZentriOS-WL features and interfaces is outlined in the following sections.

ZentriOS provides one of the easiest to use and most flexible serial Wi-Fi networking interfaces in the industry. The ZentriOS serial interface provides support for multiple serial buses, different serial communications modes including command mode and stream mode, and is easily configured for use by humans and machines alike.