WiConnect requires memory (RAM) as working space to hold intermediate calculations and to buffer serial and network data. The amount of memory available in a module impacts the number of features that can be run concurrently, as well as the maximum throughput that is achieveable. Modules with more RAM support more features and achieve higher throughput. ACKme offers modules with differing amounts of RAM as shown in the follow table.

WiConnect features require varying amounts of RAM. Features like the HTTP Server, TLS server and goHACK.me solo mode are memory intensive. In some cases it may not be possible to run memory intensive features simultaneously.

Some websites use large TLS certificate chains that may exceed the RAM capacity of the module resulting in a failed connection.

When memory usage is greater than 90%, the system displays a warning every 30 seconds: WARN: Low memory, system may become unstable

The diagram below shows a high level map of module memory allocation. 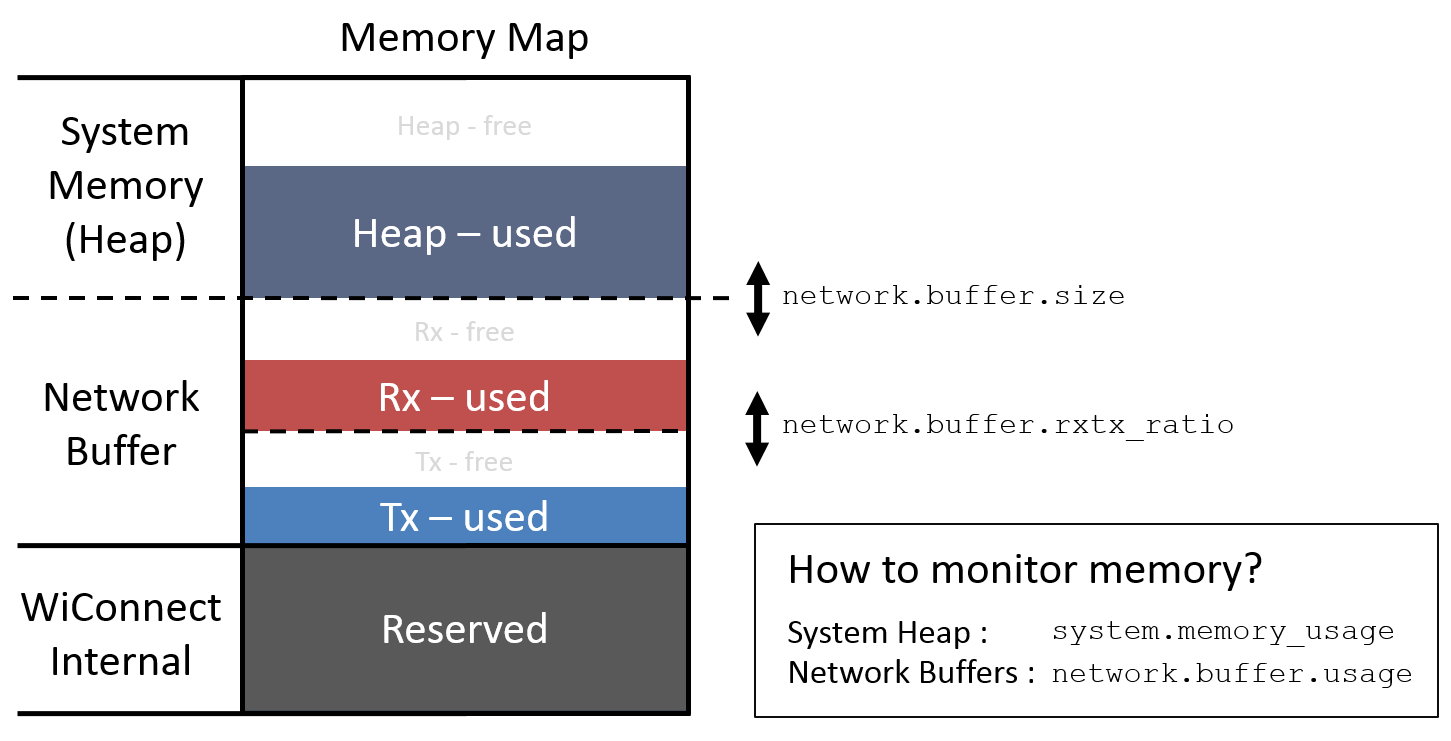 The percentage memory usage returned by system.memory_usage is calculated as follows:

To minimize memory usage, disable services that are not in use and set default memory allocations to the minimum.

Default features that consume memory include:

However, the module needs around 20K of network buffer for normal operation.

Applications that use streams consume memory according to the number of streams in use. Streams are used by the file system, and the various servers and clients. For usage and limits on streams, see Network Connections and Streams.

Some variables allow control of the size and proportion of memory allocated to various tasks.

It may be necessary to restrict the maximum number of clients the HTTP server allows. Since each HTTP client uses a stream, restricting clients prevents excessive memory usage, and it also avoids web browsers opening multiple streams for a single connection (some browsers do this in an effort to minimize page load time).

When using goHACK.me in solo mode, samples are cached before sending to the goHACK.me server. You can adjust the size of the cache to manage memory.