This application note demonstrates how to achieve a serial data rate of 400KBytes/s or more between two ACKme modules running WiConnect.

This application uses two ACKme modules and a Python Script running on a PC. 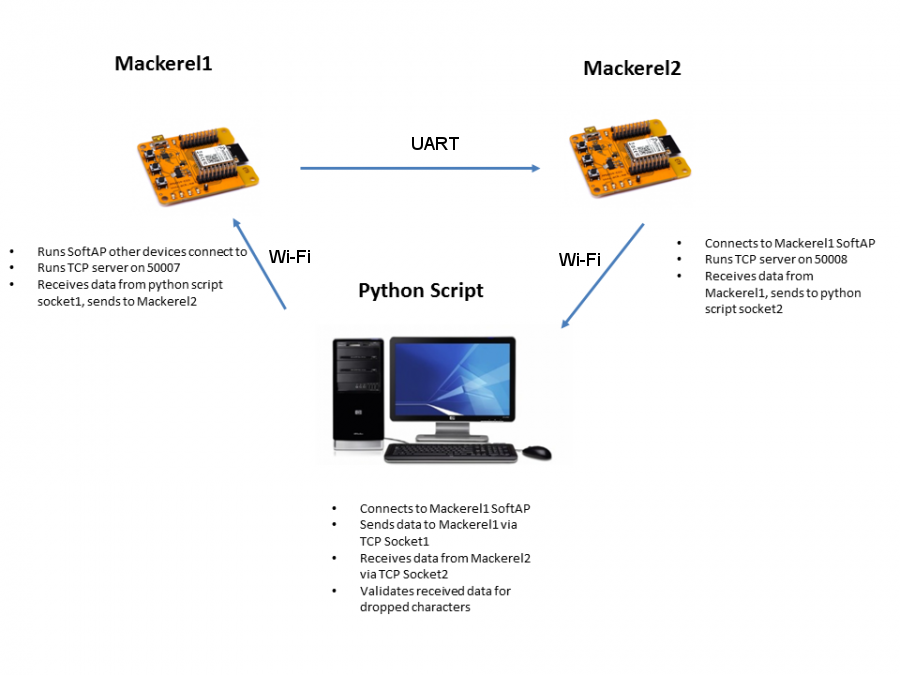 You can connect the ACKme WiConnect devices and computer via any available Wi-Fi network. As the diagram above suggests, it is also possible to use the soft AP on Module 1 to create a wireless network between the modules and the PC. To use this setup (rather than a standalone Wi-Fi Access Point), add the following to the Module 1 Settings listed above: 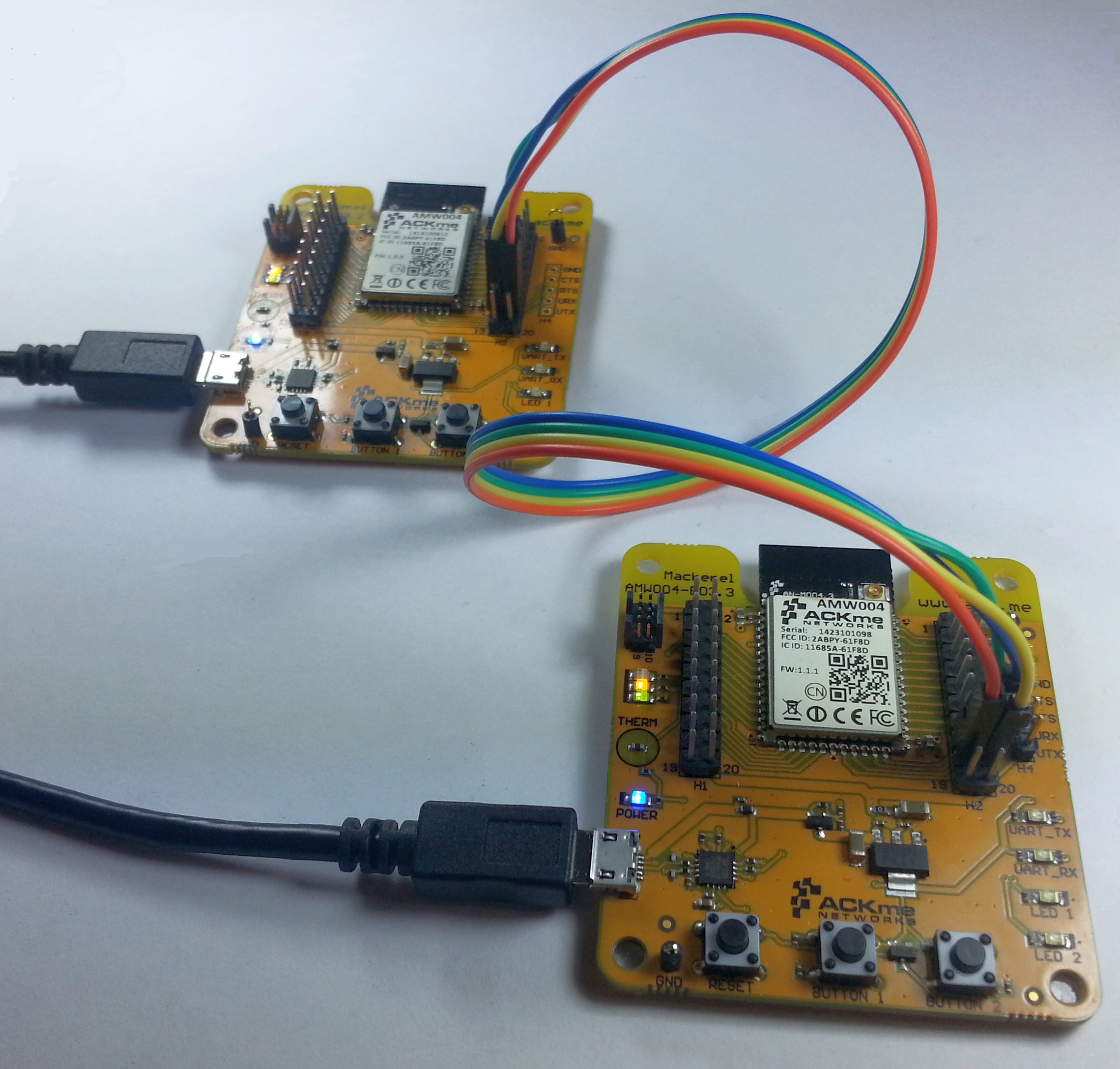 The Python script procedure is: - Wait until the server receives a UDP broadcast packet from each module - When a packet is received, parse the packet for the respective module's IP address - Connect to the TCP server of each module - Start transmitting and receiving data - Display unexpected characters received - Display upload/download data throughput